The 4ths team narrowly missed out on winning the division 11/12 cup final on Saturday, 5th April out in Three Rock. Bray were the eventual winners and it took penalty flicks to separate the two teams. The game finished 1-1 after extra time and then went on to the flicks decider.

Botanic 4ths, playing in red gear for this match, scored first in the very first few minutes of the match with a goal from Carmel Ryan. After that Bray piled on the pressure and they eventually got their deserved goal in the second half of the match. Full time it was deadlocked at 1-1, so the teams went on to play extra time. There were no goals during this period and this resulted in the dreaded flicks. It was a nervous time for not only both teams but for all of the supporters on the sideline. Unfortunately, the 4ths lost by one goal in the end. Penalty flicks are a harsh way for any team to lose by but the 4ths can be proud that they got to the final and that they represented the club well. Congratulations to Bray on their win. 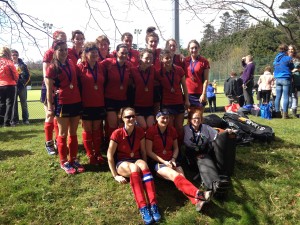 The 4ths squad after the match 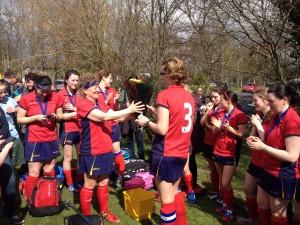 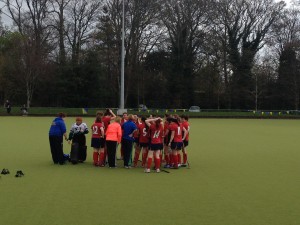 Team huddle before the penalty flicks

1sts take on Clonakilty this Saturday in the IHC Final!