Botanic 1sts into Semi-Final of the Cup!

Botanic’s 1sts have fought their way into the semi-final of the division 5/6 cup competition. This match will take place on Saturday, 27th February in Glasnevin.

Botanic beat Pembroke (1-0) before Christmas in the second round to progress to the quarter finals, which took place on Saturday, 30th January against North Kildare, down in Kildare. It was a feisty encounter and a close affair right until the final whistle. It was really hard to call which way the match was going to go and who the eventual winner would be.

The momentum of the game changed however when at the beginning of the second half, Player/Coach, Angie Boran hit a hard ball into the North Kildare circle, where centre forward, Gillian McAuliffe got a touch on it and hit the ball straight passed the keeper into the goal. It was a great goal and it ended up being the only one in the game.

Despite the 1-0 lead, neither team backed down in terms of their pace and intensity in the second half. It was an end to end game right until the umpire blew the final whistle. Botanic were the delighted victors in the end and their next opponents will be Bray in the semi-final. This match will, no doubt, be another close and hard fought battle but the home advantage will be going to Botanic this time round!

For further information on this cup competition, visit the Leinster website for details. 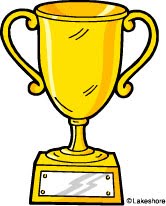 Ebano Player of the Month Nominees