A mixture of players from Botanic played St Anselm’s Field Hockey team on Monday, 10th August in Glasnevin. St Anselm’s or The Hawks as they are known had flown over from New Hampshire in the U.S to play lots of clubs around Dublin. It was great to welcome the team to the club for the evening.

It was a resounding win in the end for Hawks – they scored some very nice goals but Botanic did put up a good fight considering this was the first night back of hockey for most of the players, after a summer break without any hockey. Gillian McAuliffe from Botanic scored a lovely goal from a short corner. 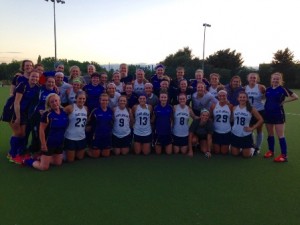 Fixtures for new season - out now!

Pre season training is about to begin!