Botanic 1sts lost 3-0 to Avoca on Saturday, 9th April in the Division 5/6 Leinster Cup Competition. The scoreline from the match definitely didn’t reflect the play from the game, as Botanic were the ones to put on the pressure for almost the entire first half and for lots of periods in the second. But Avoca took their chances when the opportunities arose and they lifted the cup on the day.

It was one of those days were it wasn’t meant to be for Botanic but the team showed their fight, passion and determination right to the final whistle even with the scoreline. The 1sts have had a brilliant season and to get to the Cup Final was a great achievement too. It was a great occasion and no doubt next year the team will be back fighting even harder.

Well done to Avoca on winning the cup this year! 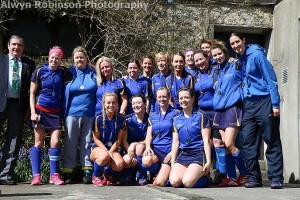