Saturday, 2nd April marked the last day of league matches in this season. To celebrate the end of the season, the Team Player and Under 21 Award winners were announced at a ceremony in the club. Huge congratulations to all of the winners!

Team Player Award winners as voted by their team mates:

Overall Under 21 Player of the Season Award

Hannah Kelly from the 1sts

Well done to all on winning these Awards! 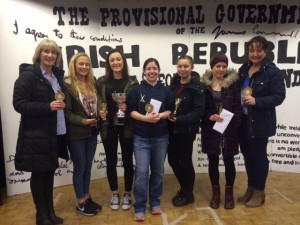 The Club Person, Top Goal Scorer and Committee Person of the Year Awards will be announced at the Club End of Season Weekend Away on 23rd April in Knightsbrook in Trim.

Ebano Player of the Month – March

Congrats to Nora Lee from the 3rds who was awarded the Ebano Player of the Month award. Eamonn from Ebano Hairdressers in Glasnevin presented Nora with her prize on the night. 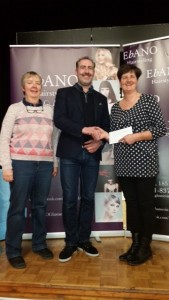