Two Botanic under 16 teams were in Leinster finals on Sunday, 23rd March. Anne Dermody’s under 16s squad played away and were unfortunately defeated by Naas in the Junior C League Final. The final score was 2-0 to Naas. Our other under 16 squad had better luck. The team were at home to Malahide in the Junior D Shield Final and they won 2-1 to claim the title. Congratulations to them and to their coach Nora Lee.

Well done to both teams and their coaches for reaching the finals and thanks to the Junior Coordinator, Mary Esther English and all of the parents for their support throughout this season. There will certainly be a lot of talented young members entering the senior section of the club next season. The future is definitely looking bright in Botanic. 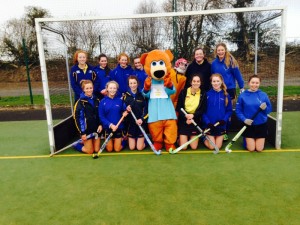