The Under 14s in the club played Malahide on Sunday, 30th March in the Leinster D Minor Shield Final. It was an exciting match which saw Malahide come out as the victors.

The game finished 1-1 after extra time and then went to the decider which is the new ‘eight seconds to score’ rule instead of the usual penalty flicks. Here, each chosen player goes one on one with the keeper and has eight seconds to score on them. It’s exciting for the spectators to watch. It was a tense showdown between Botanic and Malahide but in the end Malahide were crowned the winners. Congratulations to them.

Congratulations also to the under 14s of Botanic who fought gallantly throughout the match. They did their club and coaches proud. Well done to the girls and their coaches for getting to the final and for working so hard all season! 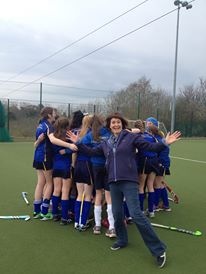